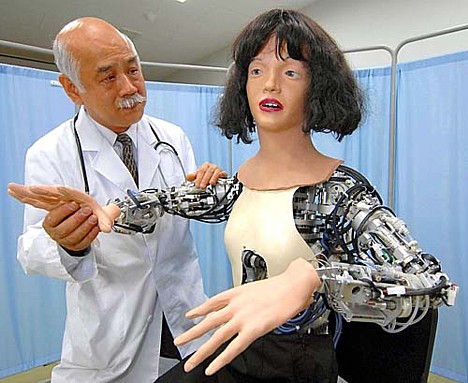 A new prototype robot could help doctors be more prepared for whatever obscure ailment you might face. The sick patient bot, developed by researchers at Gifu University’s Graduate School Of Medicine, can respond verbally to questions posed to it about its condition, while also moving and acting the way a human might if handling the same condition.

The sick bot would allow for medical students to have hands-on experience with rare conditions or diseases that usually go undiagnosed. “It was difficult to get the shoulder joints and shoulder blades to move like a human,” says researcher Yuzo Takahashi. “In the future, we want to program the robot with more symptoms and create a very realistic learning tool.” The sick bot could better serve the medical community and small hospitals which only see a certain amount of patients. — Andrew Dobrow

Why Cycloidal Gears are a better fit for large robotsÂ