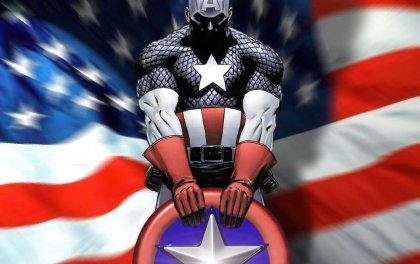 Known for protecting America against the Germans in WWII, and the Russians and Cubans during the Cold War, Captain America, famed and beloved comic book hero, is said to have passed away in the pages of his newest comic which hit shelves today. Captain America’s death is the result of sniper fire as he is leaving a court house.

A resurrection is possible in Captain America’s future, as has been seen with Superman in the past. Captain America’s powers came from “Super Soldier Serum” which was injected into Steve Rogers, his previous scrawny art student persona. The story of Captain America’s life will be seen documented in the planned movie from Marvel Comics. Come back soon, Captain America. We need you! — Andrew Dobrow