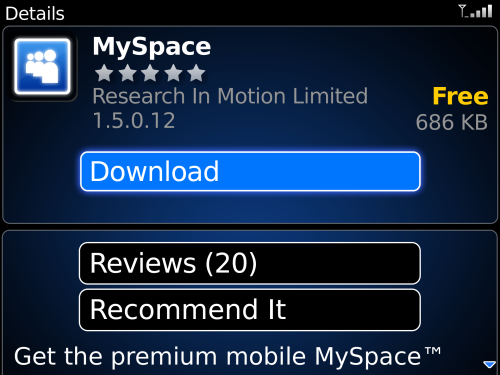 This is no April Fool’s prank, my friends. In the wee hours of this morning, RIM switched on its competitor to Apple’s App Store, the Blackberry App World (how creative). You’ll be able to browse top apps, find new ones and hope someone was able to make a half-decent program in such little time. RIM is saying that by the end of the week, about 1000 apps will be available. Much better than the Google G1’s Android Marketplace launch, but jack shit compared to Jobs & Co.’s powerhouse.

Do you have a Blackberry? Let us know what apps come out this week and whether or not they are useful.