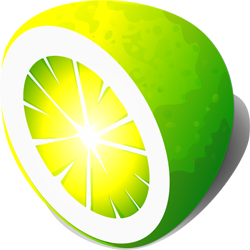 What could cause a United States federal judge to proclaim a lawsuit to be “absurd?” Well, in the case of Los Angeles Federal Judge Kimba Wood, that straw would be hearing a lawsuit from thirteen record companies that are suing what’s left of LimeWire.

[T]he record companies demanded damages ranging from $400 billion to $75 trillion, and argued Section 504(c)(1) of the Copyright Act that provided for damages for each instance of infringement where two or more parties were liable.

Talk about beating a dead horse, LimeWire was shut down in late 2010 after the Peer-to-Peer service was found liable for copyright infringement. Shortly thereafter, the RIAA was awarded with a ruling in their favor for $1 billion. With that said, the $75 trillion figure is, as Judge Kimba Wood pointed out, more than the whole of the record industry has made in the whole of its history.

In fact, according to the CIA, that’s more than what exists on this Earth — by $13 trillion! To put that another way: every man, woman, child, every corporation and organization as well as every local, state, and federal government would have to sell every single thing they possessed — and they would STILL be short by $13 trillion!

This is why people don’t feel bad about stealing music.