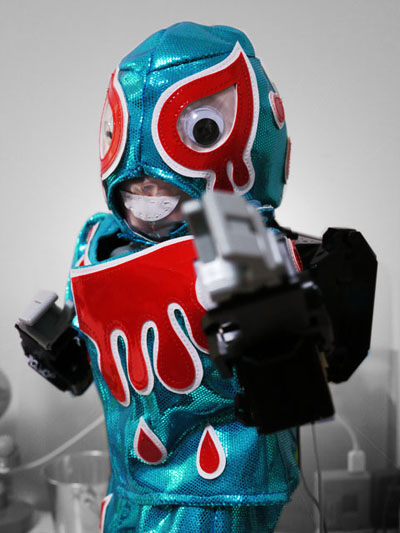 First there was Shawn Michaels and The Rock, now prepare for SHN MC-LS and The Metal. Dekinnoka takes the concept of professional wrestling, a la the WWE, and turns it on its big fat non-metallic head. Broadcast live online from Ustream TV, Japanese Professional Robot Wrestling pairs machine against machine, programmer against programmer, robot against robot.

The next scheduled show will take place on September 25th, from 3:30 pm to 7:00 pm, local Japan time, which makes it around 2 am on the east coast of the US if my sometimes shoddy math is correct. Tune-in for all of the hardcore action of Dekinnoka professional robot wrestling. Hit the jump to see what robot wrestling is all about.