Ramos Q13 iPod Nano clone, how close is too close? 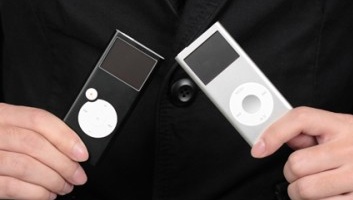 Can points be given for near perfect replication of a super-star media player? Probably not, but Ramos still did a very nice job with the Q13 and making the closest thing to a Nano close we’ve seen. It has the rounded sides, the 1.5-inch LCD (with a resolution of 176×132), video support, and the 1GB flash drive to boot. Unfortunately, this Q13 is a player destined for China. It will be available in two colors: black and light grey (very close to white). While there probably won’t be a scroll wheel (damn patents and laws), many other portable media players have gotten along just fine without it. –Nik Gomez