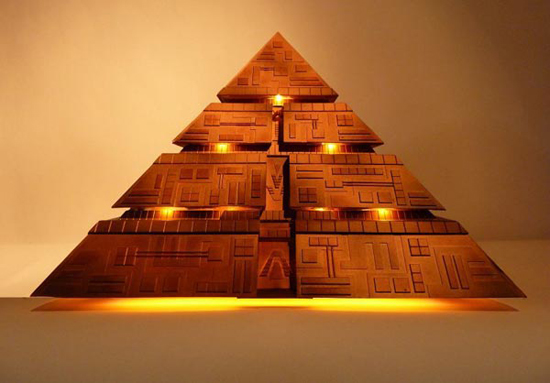 The Egyptians built pyramids for a reason. Number one, the pharaohs forced them to at whip point. Two, they look fucking awesome. It seems the designer of this Pyramid HTPC casemod got his hands on a few Egyptian slaves. I wonder how much they go for these days.

Inspired by the pyramids featured in Stargate, the HTPC includes an Intel T7200 Core 2 Duo processor, Mini-Itx Crommel LV-677 motherboard, 2GB of DDR2 Ram and a 160GB hard drive, plus a Gforce 9400GT and LCD display. Pretty much enough to keep you entertained. 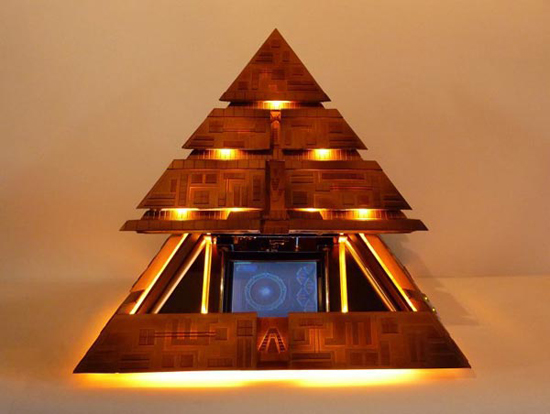