Pong Toss Doesn’t Quite Have A Ring To It 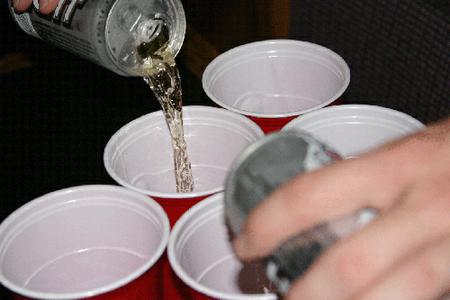 Remember that ridiculously stupid beer pong video Vince posted regarding the Nintendo Wii? Just when you thought your Wii might have a practical use, in comes the Connecticut Attorney General Richard Blumenthal to stereotype Wii users as minors. Originally, the ESRB had given Beer Pong a T for teen rating, regardless of blatant alcohol references, making Bluementhal upset.

With all the controversy over a “drinking” game going to a system whose target demographic is children and childish fanboys, the developers of the game have changed the name of it to Pong Toss. Eliminating the alcohol reference has earned the game an E for everyone rating, which perfectly suits the old people and little kids playing on the Wii.