Please Don’t Take My Beta Chrome Away (4): the Uncanny Market 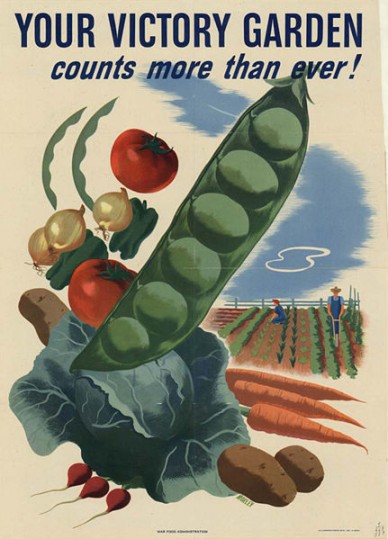 This is the final post in a series flowing from my conversation with blogger Adam Rothstein about his experience testing the Chrome Notebook.

Adam, why do you think you ended up with a tester?

No idea. I’ve used a good deal more Google products than most people, I guess. Gmail user since 2005. Blogger since 2007, until last year (switched to WordPress self-hosted). That’s not as long as other people, but over the years I’ve also used Docs, Calendar, Finance, Reader, iGoogle Homepage, Sites, Apps for Business, Notebook, Analytics, AdWords/AdSense, Groups, Picasa (software & web), Tasks, Bookmarks, YouTube, Checkout, Books, History, Voice, Wave, Simplify (a cloud music service that just so happened to be acquired by Google and hasn’t resurfaced yet) and Chrome. Most of those I used at least consistently for a while, not just a once and done. I was also selected to beta test Wave, even though I didn’t use it very much. I’ve also blogged positively about Google tech many times, on my now defunct Blogspot blog. I would imagine they would know about that; it’s easily Googleable.

I didn’t start out as a Google fan. I got the Gmail account, like everyone else. When I decided to start a blog, I went with Blogger, because I didn’t have to sign up for a new ID. This probably more than anything else has expanded my use of Google. No harm in trying another thing and customizing it, if I don’t have to get a new login, right? Especially if they are integrated. Even though most of the time they aren’t. I tried to sign up for a Flickr account at one point, but after Yahoo fucked up the new Yahoo ID sign-up process, I quit. To this day, I wish I did more with online photos, had more of a Flickr-like community thing going. (Picasa works fine, but like many Google products, it is all about functionality and the user-base never developed the way it did else where.) But I just don’t want to mess with Yahoo. I had a Yahoo email address once, and I didn’t have a great experience there, either. (Photo banner ads in your inbox? Give me a break.)

Obviously, I dig that Google sent me a computer. That turned out pretty awesome. But they could easily fuck it up. They could discontinue Reader, for instance đź™‚ I do have a bit of faith in them though, because of all these things that tech companies do to screw over their customers, Google has the best record with me. Also, you know how much money I’ve paid Google for their products? Nothing. And how many times have the disappointed? Only once, when they phased out Google Notebook. When I took a broken iPhone to the Apple Store, the “Genius” told me that they actually can’t really fix the phones, and suggested that rather than worrying about it, we buy a new iPhone 4. Thanks, Apple—love the design! We’ll see how durable the Cr-48 turns out to be.

Do you feel as though this machine lands in your lap at a meaningful or auspicious moment? You talked about being laid off, and the appearance of the machine feeling like an augury of changing fortunes. But more broadly, is the Chrome notebook landing in the midst of a transition in computing and networked culture? Or is it actually fomenting such a change?

At least symbolically, the Cr-48 represents for me a transition towards an uncanny “free” market. A market which, like already discussed, it is difficult for the “consumer” to track the flows of capital that control the market. How do you call yourself the consumer if you aren’t paying anything, and what is being consumed is for all intents and purposes limitless? Where is the money being made? There is a lot of populist outrage about the things that Facebook does to its customers, for example. But on what grounds are they complaining? Facebook could do anything to its customers that it wanted, as long as they kept enough customers to continue to be profitable, and not would not have broken a single law of capitalism. There is no “customer is always right” if there are no customers. Here’s the new motto above the shopkeep’s counter: “the product is always profitable”. The service is just a game, designed to attract the product’s attention so it doesn’t wander off. What are thousands of Farmville users doing? They are farming money for someone.

Obviously this sounds scary, especially if we think that whatever service we are getting from these providers is important. There is no right to “life, liberty, and the pursuit of happiness” on the Internet. The Internet is not a land in which you have the right to own property. And I doubt it will be. There will be no Declaration of Internet Independence. For a simple reason: you can’t form an angry mob on the Internet. The monarchs don’t have to fill the prisons with the rioting, starving masses. They just cancel the public’s TOS, and disappear them. You don’t have to even bury the bodies. If half of the population riots, they get unplugged, and run over to Diaspora. Diaspora has an uprising, and they run to whatever the next service is. There is no city to seize, no factory to occupy. (No virtual factory, mind you; I would like to see how long it is before server farms are hijacked by Soviet Internet Union vanguard elements to re-distribute bandwidth and services to the hungry, un-networked masses; but probably mostly to run their own file-sharing services on the side.) But there is always another service, waiting for you to join up. It is as if during the American Revolution, the separatists said, “Screw this, this isn’t the Colonies, this is America now!” and suddenly they disappeared. The loyalists just went about their business, living in the colonies as citizens of the British Crown. Meanwhile, in another dimension, the Constitution is signed and ratified, and all those businesses trade their tea, free of tax, just like they wanted. Until another amount of time passes, and suddenly the Southern States want to keep their slaves. Zip! And the Southern States disappear from the Union, just like that. Meanwhile, in another dimension, the Confederate States of America is founded, and Jefferson Davis moves into the White House. This land is our land, but the Internet is nobody’s. As long as we don’t run out of IPv4 addresses.

The Chrome OS device represents this to me because I was laid off a couple of weeks before I got the Cr-48. I had forgotten I had even signed up for it, and there it was. I had been working in the print industry, if that isn’t auspicious enough, and this was the second job I had lost through lack of print work in two years. And then I have a free computer, with which I may access a number of free services, to complete tasks such as writing essays about evolution, and soliciting material for self-published zines, neither of which will make me any money. Sure, I look for jobs on Craigslist with the Cr-48, and I register for my unemployment check with it too. But everyone I know of my generation is occupying themselves by using free tools to make things that they will give away largely for free. And we rarely have a strategy to monetize through the loop holes and esotericisms of capitalism like Google and Facebook surely do. Individuals can’t scale. Only groups can do that—these groups that can disappear and re-appear throughout dimensional profit systems like schools of fish in the Humboldt current. There’s no life for a sardine, these days.

And yet, there is. Fifty years ago, if I was in this state, I might drink myself to death, or become a professional gambler, or ride the rails. Maybe twenty years ago. But now I read books and write essays. I grow tomatoes in the garden, while my female partner pays for our dentist appointments with her unionized, municipal job. It’s not so much a Victory garden back there, as the sort of garden one grows to support a perpetual state of simultaneous war and peace, in which everyone is trying to tell you that one or the other is really a myth and a lie, perpetrated by those who would have us only at war or peace, but not both. I’ll be in debt for my entire life due to my education, and if I somehow scrape it together to have kids, they will be too, because there’s no way I’m going to let them grow up to be idiots. Even if they have to learn to read on a computer screen, because the classics are all out of print.

I don’t know what sort of culture this is, but luckily I don’t have to, because someone will eventually name it for me, and it won’t make a bit of difference. I can read about it online if I want, or I could send my RSS feed to a place that will print it into a newspaper for me, or maybe I’ll read a newspaper that wrote about it and put it online, or maybe I’ll miss it, and someone will email one of these to me, or maybe I’ll read their paper after their done. There are just so many ways of doing things these days, and none of them really seem right. They are all new, but also old in a weird way. New technology has a permanent aura of déjŕ vu. It’s either been done before, the same as something else, or someone else came up with the idea in principle a long time ago, only in a fictional, speculative way. Or maybe it just makes so much sense, that you feel like you’ve seen it before, even though you’ve never seen one in your life. It is so familiar, you’re like a cat playing with a multi-touch screen. Or you’re you, reaching out automatically to your new always-on netbook the instant you started forming an idea, so you could be scribing it into the cloud as it arrives.

This computer is a total windfall for me, and in that way, it is the best computer ever. When they finally have a product that they are selling, I imagine for some people it will be great, but for others it will be just another thing they bought. I think computers are just tools. Even in this cataclysmic onset of a “free” market, in the shadow of the unpaid tyranny of the commons, in a circular universe where every “10 rules to live by” blog post is another Kafkaesque joke, tools are still tools. If it can enable you to do something new that you couldn’t have done before, then it is innovative. If you in fact use it to do something new, and that something new is something amazing, then you’ve won. As much as anyone can be said to have won, you’ve done it. As little as winning is worth, you’ve won. If it helps you make something cool, then it’s great. I’ve written all of this on my Cr-48 while sitting on the sofa. I don’t know how that makes you feel, but I’m pretty happy with it.