As far as I’m concerned, there are very few things in this universe that are as breathtaking as the night sky. I think a lot of that has to do with the fact that I live in an area where, even on cloudless nights, the light pollution from the city drowns out the majority of stars. It’s for that reason that, when I see images like this, I’m usually left awestruck: 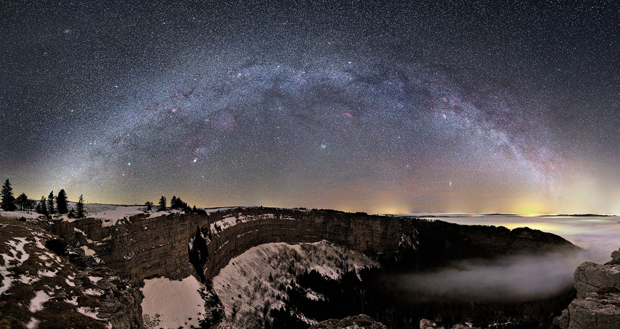 This was the NASA Astronomy Picture of the Day for February 21st, 2011. It was snapped in Switzerland by Stephane Vetter and has, for the first time in my life, made me want to visit Switzerland.