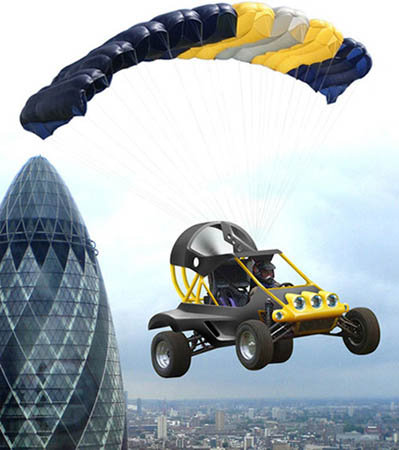 While we aren’t at the point where we’ll be flying sky-high with cars like we’re the Jetsons, we’re getting there. The Parajet Skycar is the world’s first carbon-neutral flying car. In actuality, it’s a dune buggy with a parachute and propeller, able to reach altitudes as high as 15,000 ft.

If in the extreme circumstance the car stalls on you, well, you still got that parachute with ya’. It only takes about three minutes for it to go from land to air, which is faster than any commercial airline you’ll ever take. They’re planning to sell it for $70,000 dollars, unless of course air traffic control has something to say about it.