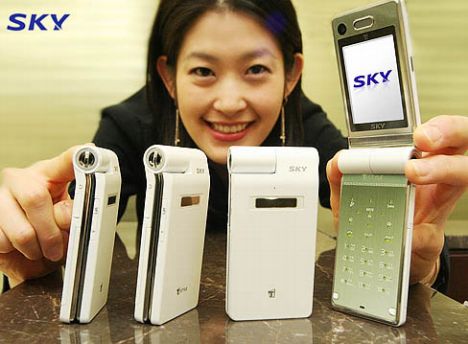 We  posted a spy pic of the W51PT last month, and Pantech finally announced the Korean version of that at CES this week. We believe that the specifications are similar, EVDO support, 2.2″ QVGA screen, 2MP camera with autofocus, but we are still waiting for announcement from AU KDDI’s side in mid January, as well as the confirmation on its thickness (W51PT thinner than 15mm?). None the less, the real Korean model looks as good as what the pictures promised. For the time being, you can only get the white version in Korea, we expect that there will be more colors available by the time it is launched in Japan. — Sam Chan