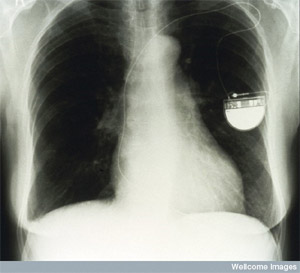 Remember that fishy business about the potential for hackers to prematurely shut off a pacemaker via a wireless communicator? Since many people use pacemakers to keep their heart beating, scientists are taking this loophole extremely seriously and have raised a solution to the issue.