Oujia Board Guitar: Sing-Along To The Spirits 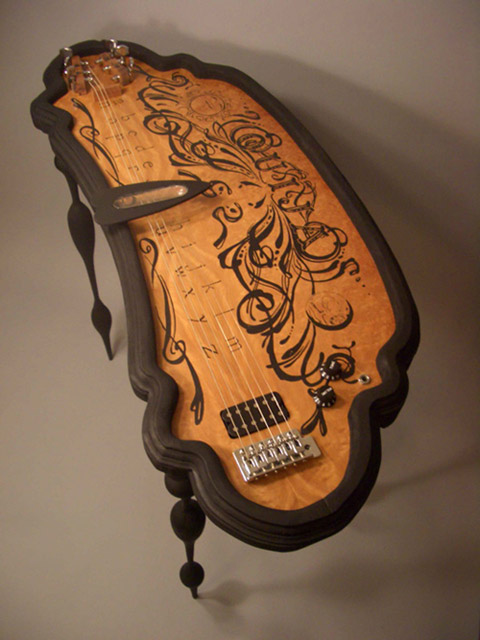 Some teens entertain themselves by watching TV and listening to music. Others go out for a midnight run to the graveyard with their Oujia boards, on a quest to contact the dead. You can guess which of those demographics gets the most dates, but how can a musician yield to the spirits while maintaining his cool factor?

The Oujia Board Slide Guitar eternally binds the correlation of gothic culture and musicians. The slide guitar is a much less played form of the instrument, but if you’re a geeky enough kid to play the slide, then you might just be geeky enough to whip out the Oujia board for a rousing night of ghostly interaction. — Andrew Dobrow