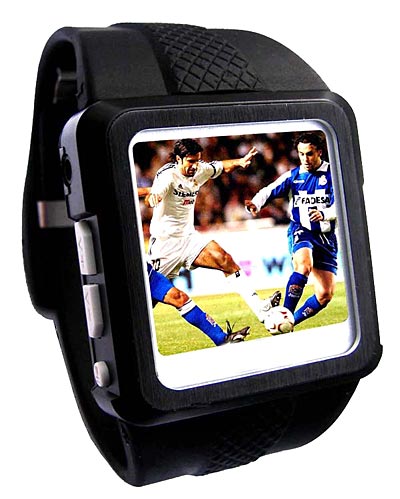 Some things were promised to us in old science fiction movies about what the future would bring. Flying cars was one, which is still yet to happen despite our prayers. Another would be space travel, which of course has happened, but not to the far reaches of the universe like the movies would lead you to believe. And of course the old wrist transmitters. Featured in movies with both video and no video, but cool features. Luckily for us, the video wrist watch is another prediction which became reality.

The OLED Video Wristwatch from geek gear troubadours, ThinkGeek, has a 128×128 pixel 1.5″ screen, which surprisingly is said to have an impressive crisp picture. The watch can also display images, play MP3s and WMA files, and oh yeah…it can tell the time as well.

Through the wonders of technology the wristwatch charges through a USB, providing 7 hours of play time (4 hours of video playback) and comes with a mini CD which contains the software needed to convert videos into such a tiny format. Both a 1GB and 2GB version are available, depending on the amount of dough you wanna lay down.

For $130, the 2GB version can be yours, which is a small price to pay for the opportunity to don an article of electronics that has been dreamed about for decades. 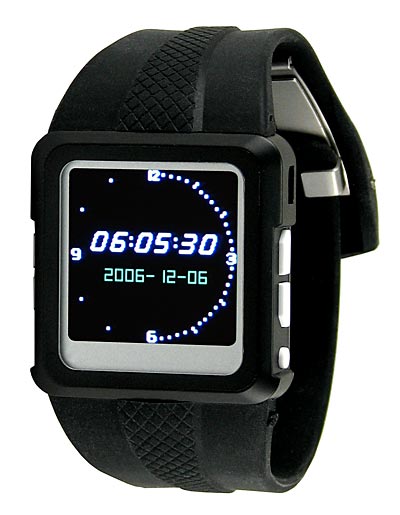 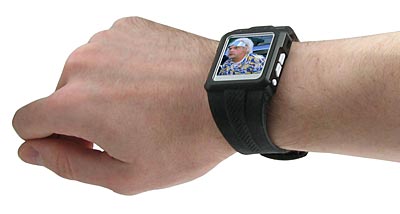