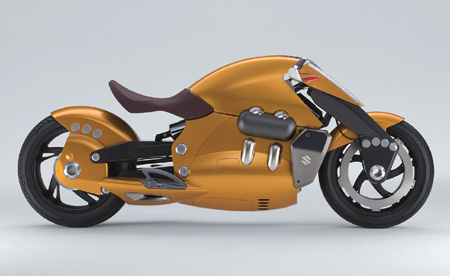 It’s called the Suzuki Biplane (although it looks a hell of a lot more like a jet) and it’s powered by at V4 engine–that much we know. But other than that, information is scarce regarding this cool looking concept cycle. Still, I would imagine that the look is the really important thing here. And let me tell you, if I’m going to be bucked over the handlebars of a crotch rocket I bought to compensate for a mid-life crisis, I would want it to be something that looked like this.

Hopefully we will know more about the Biplane when it makes it’s debut at the 40th Tokyo Motor Show later this month.—Sean Fallon