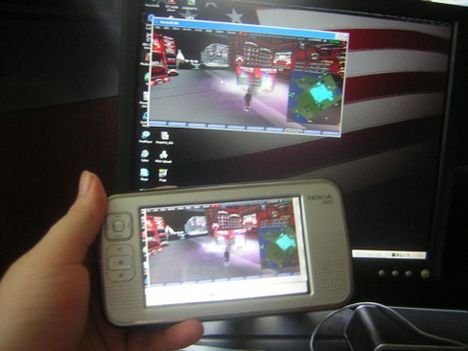 Those of you into hacking your mobile devices will be pretty amazed by this. Second Life resident Wrestling Hulka has hacked his Nokia n800 device to run a limited version of the Second Life platform.

How limited is the software when running on a mobile device? Let’s put it this way. Hulka says that he can pretty much only IM his friends, since when he moves, the program crashes. But hell, it still looks pretty damn cool. — Andrew Dobrow