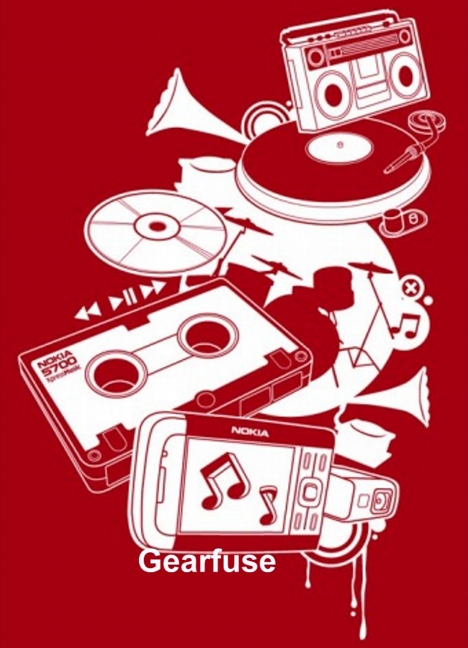 Exactly one month ago we showed you a design mock-up of an unknown XpressMusic swivel device from Nokia, last night we received a better and more official picture of the phone, supposedly to be called the 5700. Now we’re sure that the camera (with LED flash) is indeed on the swivel end, and we would predict that this should run on a s40, and a QVGA screen.

There have been debates whether this phone would turn out to be another S60 FP2 device with a revamped music interface that was not ready at 3GSM, we really doubt that because of the lack of application key over the fixed side, it is extremely unlikely to have the S60-characteristic menu key below the 2 softkeys AND the dial/hang up buttons. Take note that the keypad has 2 sides, one with the usual alphanumeric keys, the other with music buttons as shown on the design mock-up diagram. We’ll keep you updated when we have more news. —Sam Chan