Nike Patents Back to the Future II Style Sneaker 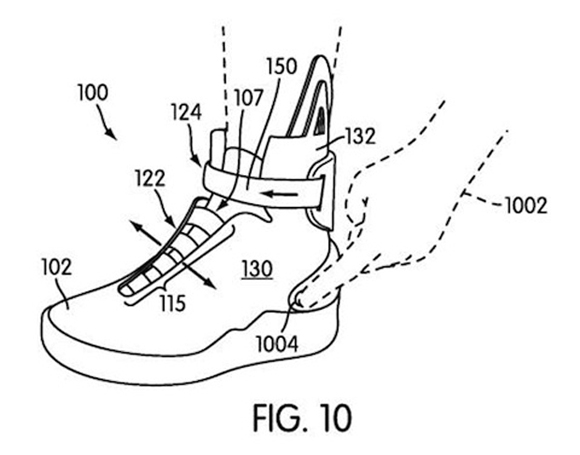 A few weeks back we posted about a homemade pair of Back to the Future II style sneakers which were controlled through an Arduino microcontroller. The premise was good and so was the effort, but the motor on the back of the shoes was just too much of an eyesore to be practical. But we might be seeing a much prettier version, a version you won’t be ashamed to show off for your friends, sometime soon.

Nike has patented the technology behind Marty McFly’s self-tying shoes from Back to the Future II. The shoes would be powered via a charging station with come with the shoes. Though walking on a pair of induction chargers doesn’t sound very safe. It’s also unclear why Nike didn’t mix in kinetic power instead of an electrical charging method. Surely there would be a way to generate the needed power just from walking.