New LG HDTVs play and record your video all by itself 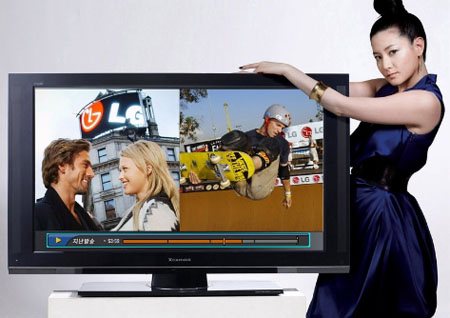 LG has just announced 37 inch, 42 inch, and 47 inch LCD TVs, as well as 50 and 60 inch plasmas. What is so special about these large HDTVs? Each and every one has an integrated digital video recorder coupled with a 160GB hard drive. Take that TiVo. You also get dual tuners so that you can either record two shows at once or watch and record two shows simultaneously. It’s like magic, except not really. Multitasking is what new technology is going after, and it just takes a small amount of thought to know that this multitasking TV makes sense. –Nik Gomez