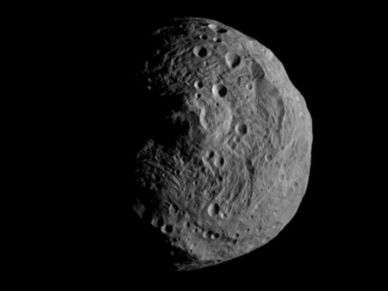 In some stunning new photos, NASA has released close up images of the asteroid Vesta. The photos are the first ever to be published of a main-belt asteroid.

The amazing photos were taken by NASA’s Dawn spacecraft, which entered orbit around the asteroid on July 16th. The Dawn spacecraft will spend about a year observing Vesta, which includes making a detailed map of the asteroid’s surface from around 200km.

It’s estimated that Vesta has one of the oldest remaining primordial surfaces in the entire solar system, which is why it has so fascinated NASA scientists. Hopefully, studying the surface of Vesta will provide us with detailed information about the rest of our solar system.