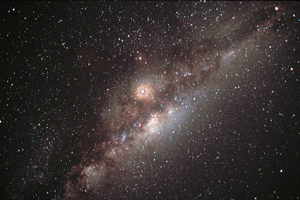 If you haven’t heard, the Milky Way Galaxy is kind of large. In fact, it’s 100,000-by-1,000 lightyears in size. While this is certainly not a new development, we have had absolutely no idea about how many planets exist within our galaxy.

NASA scientists working with the Kepler telescope have extrapolated the numbers from results at the two-year mark of a three-and-a-half year mission. Those findings? That there was some fifty billion planets in the Milky Way. Of those 50,000,000,000 planets, it’s believed that five hundred million of them exist within the “Goldilocks zone,” which is the happy medium an orbit can exist in that is neither too hot or too cold to support life.

The 50bn number is calculated by figuring that 50% of stars have planets. Of that 50%, 1-in-200 has planets that fit in the “Goldilocks zone.” These numbers hover at the low end of the spectrum since it’s assumed that many of these stars have multiple planets.

It’s important to remember that these numbers are estimates. The hard numbers are much less impressive: 1,235 candidate planets with 54 falling in the “Goldilocks zone.”

So, for those who wonder if intelligent life exists outside our planet, you could have up to five-hundred million chances to find out. That’s just staying within our own galaxy — let’s not forget that there are believed to be some 100 billion galaxies in our universe.