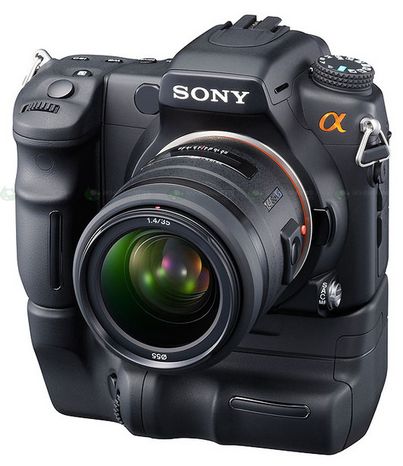 Sony has released (or more officially, has “leaked”) a mysterious photo of a still nameless D-SLR camera that is said to be the next camera in line for Sony’s Alpha line. Sources are reporting that the mystery camera will sport some impressive specs.

Supposedly, this elusive monster will pack in 12.8 megapixels, a light sensitivity of up to 3,200 ISO, speeds of 10 frames per second in JPEG mode, and anti-shake protection. Along with the supersized specs, you can also expect a supersized price tag. Much is still unknown about the new Sony cam, but more is sure to come soon. — Andrew Dobrow