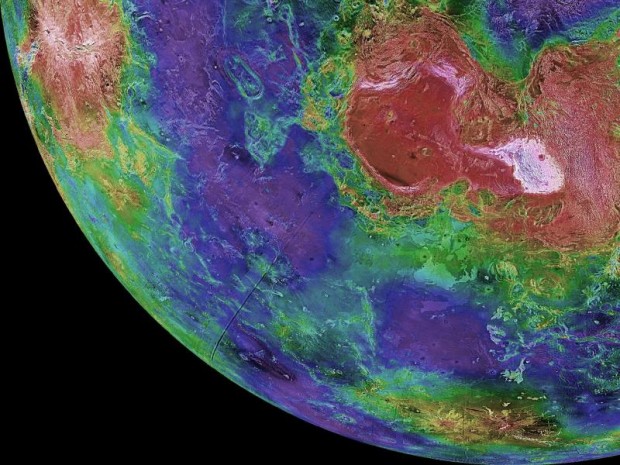 NASA’s image of the day is a radar picture of the surface of Venus rendered in false color to indicate topographical variation. A composite image, it was compiled from a bewildering array of sources: most of the picture was rendered by the Magellan spacecraft between 1990 and ’94, but holes in the scanning were filled in with data obtained over several decades from the Arecibo radio telescope as well as the Venera and Pioneer missions. Like an old master painting, the image is a mosaic of time, place, and authorship.