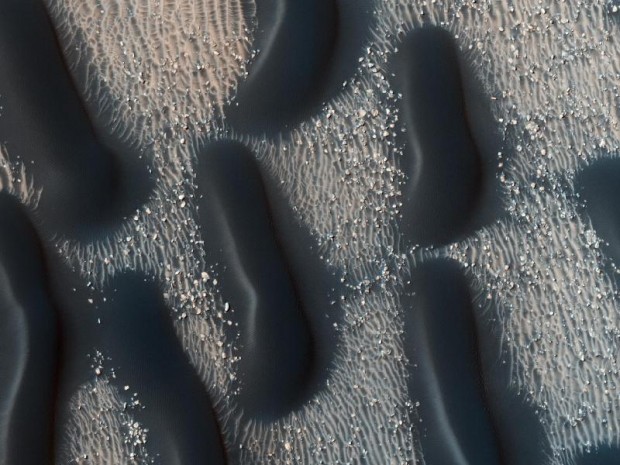 The dark capsule-shaped bodies are dunes, consisting of basaltic soil lifted by winds in the basin of the Proctor Crater on Mars, in an image captured in August 2007 by the Mars Reconaissance Orbiter’s HiRISE camera. You can visit Proctor Crater in Google Earth; you’ll find it at 47°40’S, 29°29’E (or simply search “Proctor Crater” in the Mars layer). You’ll find this image there, too—an atemporal palimpsest in its geographical context.