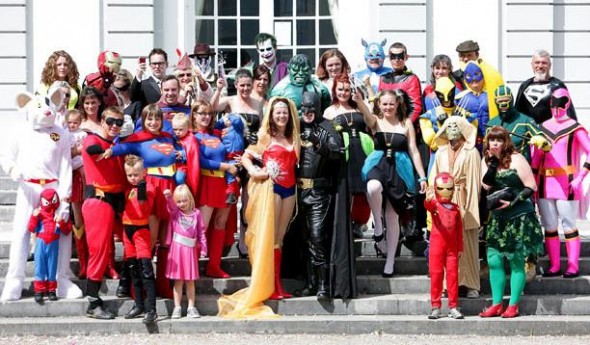 If there was anytime for supervillains to launch a coordinated strike, this would have been the time. Many superheroes, ranging from Superman to Danger Mouse, attended the wedding of Batman and Wonder Woman in Paignton, Devon. A few villains were in the ranks as well, including the notorious Joker, who reportedly gifted the newly wed couple with a 2010 Toyota Camry. As well as a set of Pixos for their future superbabies.

Neil and Sharon Vaughn of Cullompton, Devon had a superhero-themed wedding in which all the guests dressed up as various comic heroes. Why didn’t you think of this? I don’t know. Maybe you’re just not creative… and ugly.