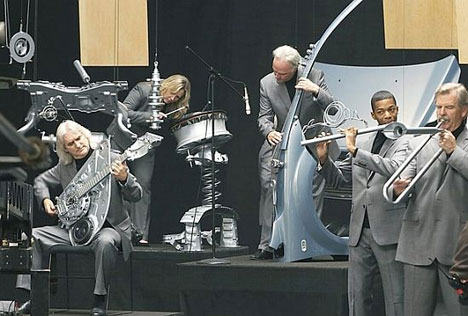 As far as snazzy advertising goes, Nike had stolen our geeky hearts with their laser engineered ads in Paris. Now Ford has a new gimmick up their sleeves which has stolen our hearts as far as gadgetry goodness goes.

Using parts from a disassembled Ford Focus, the car giant has created fully functional musical instruments for an ad that will run starting February 4th, which will feature an orchestra playing compositions with the new designs. The 31 musical devices feature names like the Door Harp, Clutch Guitar and Fender Bass. The Blue Man Group called and they want their concept back. 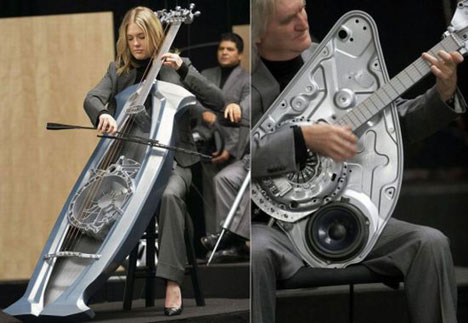