More To Going Viral Than Having Massive Social Network 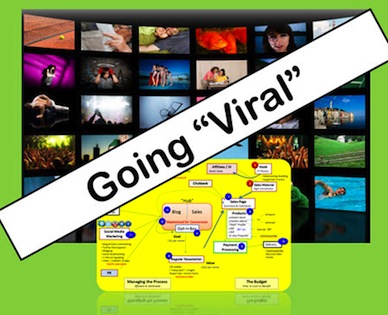 Full disclosure, this study doesn’t mention the viral video phenomenon that is Rick Astley’s “Never Gonna Let You Down”, but it does go a long way to riddle holes in the widely accepted “law of the few.”

The law of the few is the reasoning that a video, or song, or picture or anything that goes viral, is largely because of a select few “influencers.” These “influencers” act as hubs to everyone else in a social network. They are the most connected. So the logic stands that if they think something is cool, it is much more likely to be recognized by their followers, and large network of friends.

Duncan J. Watts, in his book Everything is Obvious, Once You know the Answer, attributes the acceptance of “the law of the few” to cool examples, and astute business writing, rather  than research and significant findings.

1. Ideas spread quickly, but not because of “influencers.”

Watts did his own experiment which updated the works of psychologist such as Stanley Milgram, who did experiments in testing social chains between people. This is more commonly known now as “six degrees of separation.” In Watts experiment he had 20,000 searchers looking for 18 targets in 13 different different countries. The experiment passed through 60,000 people in 166 countries, and Watts found that the half of the chains passed the “six degrees of separation test” test. More importantly he found that hubs or “influencers” played no larger role than anyone else in the study. People were more apt to select the next person in the chain based on proximity, sharing occupations and other factors.

2. Those talking about “influencers” can’t even define what it is

Influencer has no real definition and marketers and executives throw the term around without being able to pinpoint what or who one is. Influencers could be bloggers (me), ordinary people with a ridiculous social network, celebrities or “opinion” leaders. Some studies describe an influencer as someone whom three other people would look to for advice. Problem, this hardly equates to large scale, massive Internet movements. Rick Astley’s music video didn’t reach eight trillion views this way.

3. Going viral is more about a receptive audience

For all the emphasis put on tagging, sharing  and promotion, going viral depends mostly on a receptive audience. However, Watts did find after tireless simulation and testing that highly influential people were more effect at triggering social epidemics than regular people, but their importance paled in comparison to the structure of the overall network. Even more interesting Watts found Twitter mega influencers did trigger greater cascades of re-tweets, but the hits were sporadic and inconsistent. Again playing to the idea that ultimately content and the audiences reception to it is the key to going viral and not simply throwing a pebble into the massive social networking pond.