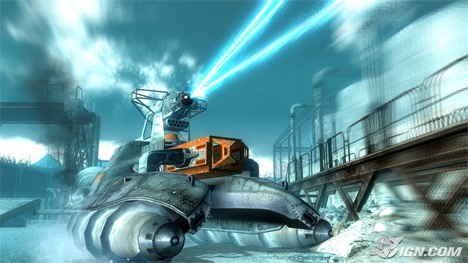 Sure, downloadable content for Fallout 3 was announced, but what about the juicy details? You’ve heard of Operation Anchorage, the first of three DLC packs Bethesda plans on releasing, yet the other two have been kept pretty hush hush. Bethesda reveals the third DLC pack, Broken Steel, after the jump.

You asked for it, and now Bethesda is going to deliver: the third piece of DLC, Broken Steel, will not only raise the game’s level cap, but it will also bring “new foes, perks, and all of the other Fallout 3 staples” along with it.

Perhaps the most excited news to come out of this interview, however, is the fact that players will be allowed to “continue on after the main quest ends in the Broken Steel DLC.”

I’m still waiting on a price for all three: Operation: Anchorage, The Pitt and Broken Steel. With the content Bethesda has already announced, this expansion to Fallout 3 is looking more worthwhile with every announcement.