Miracle on the Hudson Recreated with LEGOs 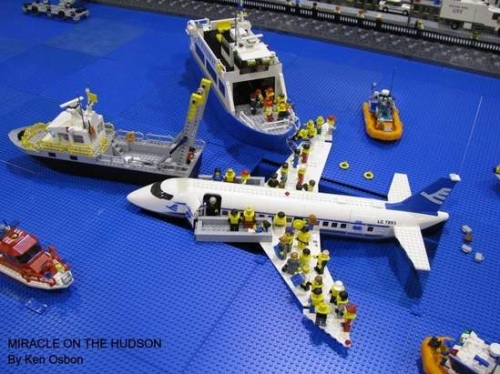 On January 15, 2009, Chelsey “Sully” Sullenberger miraculously landed US Airways Flight 1549 on the surface of the Hudson River after a collision with a flock of geese left the plane unflyable. Unbelievably, the skid landing resulted in zero fatalities, thanks to the flight skill and experience of 57-year-old Captain Sully. With the power of Twitter at our fingertips, we were able to witness the thrilling rescue as coast guard officials closed in on the crashed jet. It’s a day that will live on in air travel history forever.