A Microsoft patent filed in May (and published yesterday) describes a “topography-changing” display in which shape-memory polymers would react to light signals to change the texture of a display surface, a technology that may be used to develop tactile touchscreens or other controls.

Previous tactile display systems, created by Nokia and other companies, use so-called “vibrotactile” technology with surface materials that respond to electrical charges by vibrating to create a range of tactile sensations. Microsoft’s new system is actuated by light, which would avoid some of the problems of vibrotactile systems, including the emission of unpleasant sounds.

It’s speculated that the Microsoft system would be used in Surface, the company’s table-based display, to create “buttons” and “keys” that would swell from the surface of the screen itself. Many anticipate a coming generation of mobile devices that dispense with keyboard hardware in favor of such shape-changing touchscreens. New tactile experiences of computing might recreate the clunky-but-satisfying materiality of old keyboard interfaces.

And it’s fun to speculate on ambient implementations of the technology. Here’s one that comes to mind: a television remote-control system that crops up out of furniture, walls, or other surfaces at the user’s command. Lost clickers could be a thing of the past. 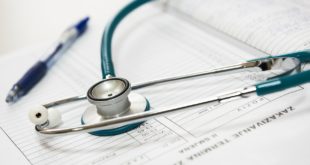