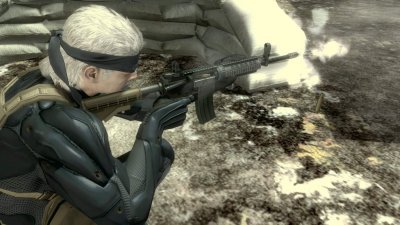 For all of you Playstation fanboys, stop freaking out at the internet rumor that was going around stating that Metal Gear Solid 4 was going to be released on the XBox 360 as well as the PS3. Direct from Konami:

“Konami has no plans to bring Metal Gear Solid 4 to the Xbox 360 at this time,” a Konami representative told CVG, reiterating that the Hideo Kojima stealth-em-up was still “exclusive to PlayStation 3.”

Can’t really get more specific than that. With the announcements that more and more games aren’t going to be exclusive to the PS3 any longer, this confirmation of MSG4 should be very comforting to Sony, who needs to keep as many exclusives as it can to battle the negative press the PS3 has been receiving. The lesson of the story, children, is to never rely on internet rumors as a solid source of news. –Nik Gomez