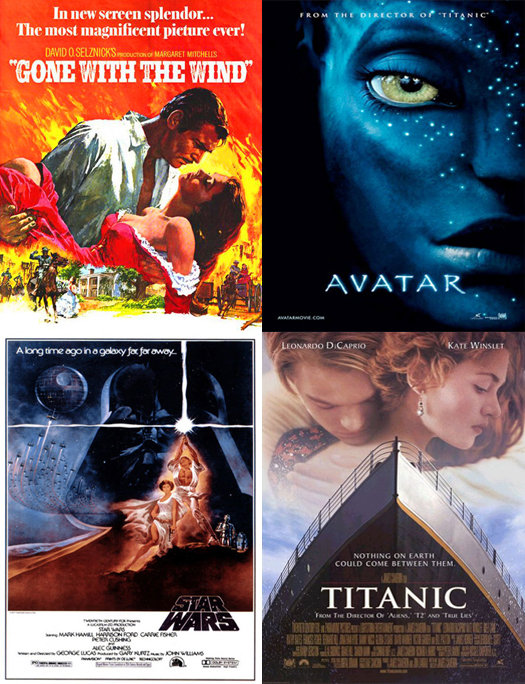 Cornell University’s James Cutting has a theory about Hollywood blockbusters. To be a really engaging potential classic, a movie needs to follow the 1/f fluctuation, a mathematical theory that attempts to solve the mystery of attention spans.

In his research, Cutting measured the shot length of the 150 highest-grossing movies between 1935 and 2005. He then graphed the varying shot lengths of each movie as a wave. For modern blockbusters, those waves correlated with the 1/f fluctuation attention span waves produced by the University of Texas, Austin, during the 1990s. And the more recent the movie, the closer the movie’s editing schemes matched the 1/f fluctuation.

Interestingly enough, more recent directors have subconsciously adhered to the 1/f fluctuation more stringently than directors from the past, which I guess explains why so many modern movies instantly pop-up onto IMDb’s Top 250. But really, why can’t Mr. Cutting put his magic math functions to better use, like figuring out when the iTunes store will hit the 10 billionth song. I’m sure there’s a lot a mathematician can do with a $10,000 iTunes gift card.