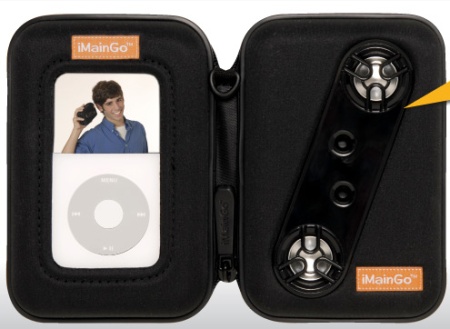 “Small system. HUGE SOUND!” Says the box of the new iMainGo portable media player that has been released at Macworld 2007. It will connect to any MP3 player as it uses the headphone jack as well as the proprietary iPod 30pin connector. It has garnered much attention at Macworld, and the Portable Sound Labs booth has had a great amount of attention all day. Look for a Gearfuse review of the iMainGo in the days to come! — Nik Gomez