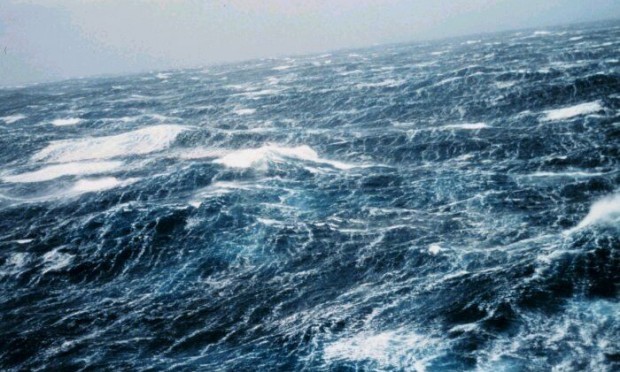 From the abstract of a paper entitled “New Light on Human Prehistory in the Arabo-Persian Gulf Oasis” that appears in the December issue of Current Anthropology:

This paper … explore(s) the possibility of a demographic refugium dubbed the “Gulf Oasis,” which is posited to have been a vitally significant zone for populations residing in southwest Asia during the Late Pleistocene and Early Holocene. These data are used to assess the role of this large oasis, which, before being submerged beneath the waters of the Indian Ocean, was well watered by the Tigris, Euphrates, Karun, and Wadi Batin rivers as well as subterranean aquifers flowing beneath the Arabian subcontinent. Inverse to the amount of annual precipitation falling across the interior, reduced sea levels periodically exposed large portions of the Arabo-Persian Gulf, equal at times to the size of Great Britain.

Nobody’s saying “Atlantis”—although the press release from University of Chicago’s Journals division calls the paper the discovery of a “new civilization,” which really is not the case. (And anyway, the Atlantis Plato describes in the Timaeus was supposed to lie not in the Indian Ocean, but near the Western opening of the Mediterranean at the Pillars of Hercules.) In the paper, University of Birmingham archaeologist Jeffrey Rose proposes to explain an enigma in recent archaeology: the discovery of a host of new sites around in the Persian Gulf littoral exhibiting sophisticated tools and architecture, domesticated animals, and long-distance trade, dating to 7,500 years ago—nearly three millennia before the rise of the Fertile Crescent conurbations that mark the beginnings of civilization. These settlements appear without precursors in the archaeological record. Rose rather straightforwardly proposes that the Persian Gulf basin, much of which was dry land between 100,000 and 8,00 years ago, would have been an ideal environment for human settlement. If evidence is found for human settlements in the once-dry regions below the waters of the Persian Gulf, it will answer outstanding questions about the connections between populations on either side of the Indian Ocean.

Rose’s thesis a reminder, too, that human evolution has spanned a shifting palette of climates and cartographies, from the “mammoth steppe” of Pleistocene Eurasia, to large areas of the English Channel and North Sea that would have been open land in the ice ages, to the famous land bridge between Asia and North America—itself a vast subcontinent for tens of thousands of years, which would have been not only a transit route, but a homeland for generations of human populations. With or without the rapid climate change caused by human technology, future populations will face further changes in topography and weather patterns. Of course, our ancestors had thousands of years to adapt; our descendants may have mere decades.