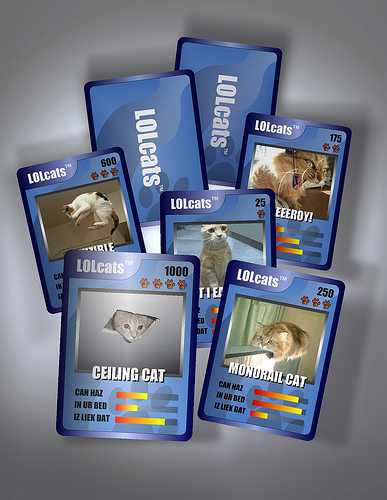 I was a huge Magic: The Gathering nerd for the majority of my early-teenage years. I dabbled in other trading card games, including my short-lived Star Wars trading card phase, but Magic was always the one that stuck around. Flickr user Ochre Jelly attempts to enter his contribution to the modern trading card gaming world with LOLcat trading cards, a table-top game for the modern Internet generation.

Something tells me that whoever own a Ceiling Cat card is going to have the upper hand. 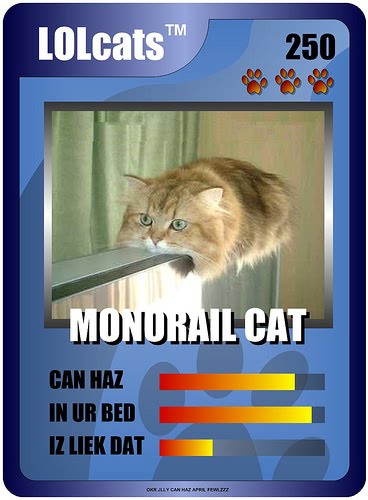 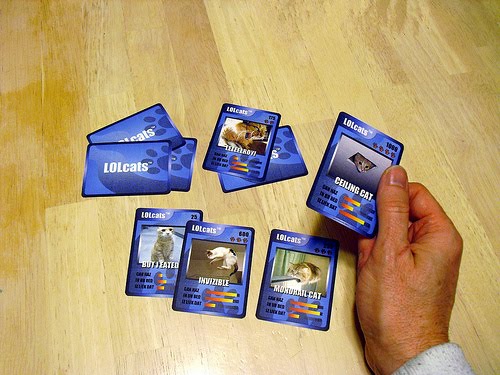