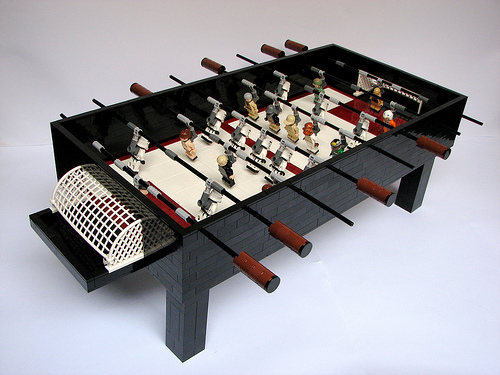 When I first saw this foosball table, I thought the only LEGOy-ness about it was the minifig soccer men. Which is pretty cool in its own right, but ho-hum. There’s just too much LEGO competition. But then I took a closer look and realized that the whole damn table was made of LEGOs. And my geeky flag went up. Eureka! 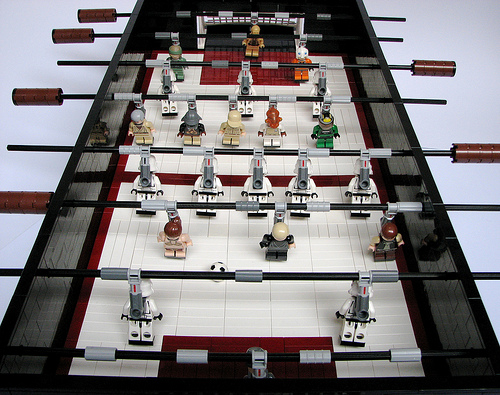