LEGO Jesus Was Assembled For Your Sins 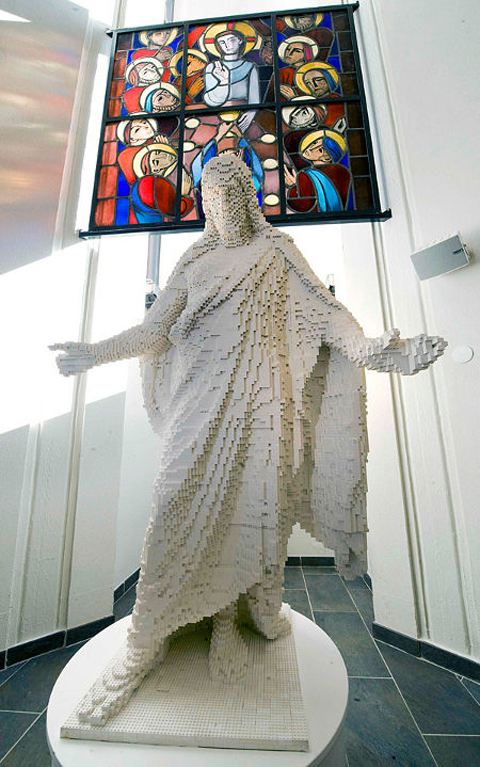 Yo, JC, we’re cool, right? I mean, I know, I was born Jewish. And while I’m not a practicing Jew, per se, you won’t strike me down for spreading the word about this LEGO image of yourself, right? Just wanted to get that out of the way. As a geeky God fearing people, we believe the only way to truly honor our savor is to recreate him with the always-versatile LEGO bricks.

A Swedish protestant church assembled this six-foot tall Jesus figure. Composed of 30,000 piece LEGO bricks, it took about 40 volunteers a total of 18 months to finish their massive Jesus project. Pretty impressive in a “I feel like being smite” sort of way. Sadly, it doesn’t include any superpowers, like walking on water. More pic love after the Jump-ses Christ. 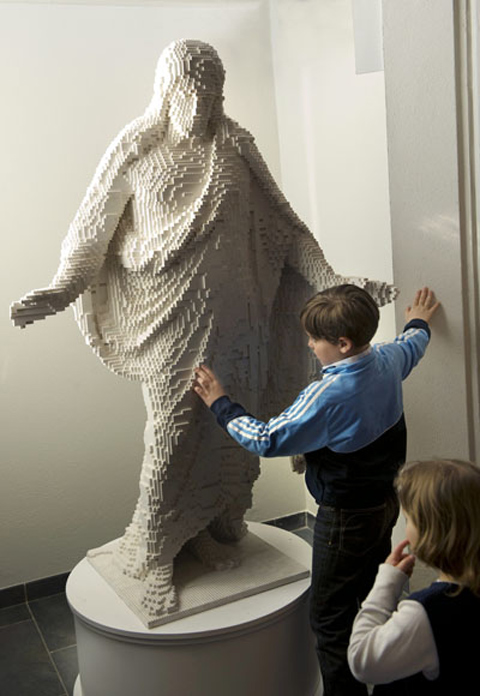