Is This Screenshot Proof of iTunes 9 Social Networking Integration? 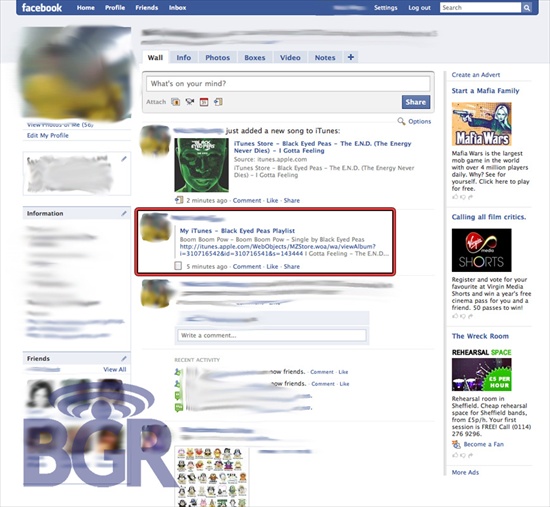 According to BGR, this screenshot taken from Facebook shows the upcoming social networking interaction offered by iTunes 9, expected to be announced at Apple’s September 9, 2009 special event.

While the screenshot clearly shows notifications for new songs added to the iTunes library and the creation of a playlist, I wonder how far Apple has gone with the social interaction. Will we be able to share the tracks we are currently listening too?