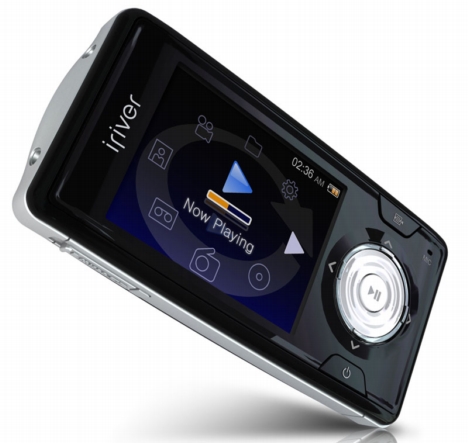 iRiver Japan announced the X20  multimedia player this afternoon. The X20 is reasonably small and light (98.5×49.0x14.8mm 71g), it spots a 2.2″ QVGA screen, stereo speaker and  micoSD slot.  The model will come in 2GB and 4GB, and to our excitement the company is also releasing a 8GB version that was not reported at CES.

Audio (mic  & analog  line-in) recording and FM tunar functions are also built-in. Viideo formats supported are MPEG4 SP and WMV, videos up to QVGA resolution and 30fps can be played (bit rate supported up to kbps), you can either convert your videos with the bundled software to MPEG4 SP, or simply use the Windows Media Converter which is widely available for free. In terms of audio, the formarts supported are MP3, OGG, WMA as well as WM  DRM10. The  scroll wheel will match the newly designed interface which can be flipped to accomodate both left and right-handers.  The X20 can be dubbed as a USB mass storage when connected to the computer, conversely you can change it to MTP mode should you want to synchronize music with Windows Media Player or the bundled iRiver Plus3 software. Battery life can last up to 22 hours  with audio and 6 hours with video. The X20 will be on shelves in Japan in March, price ranges from 160 to  260USD depending on storage capacity. 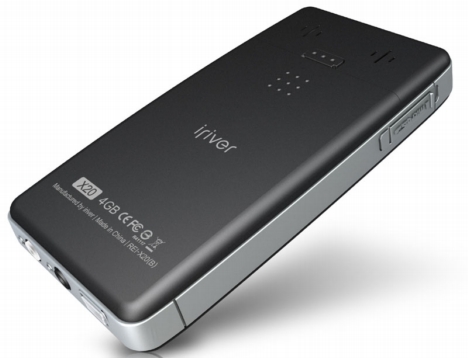 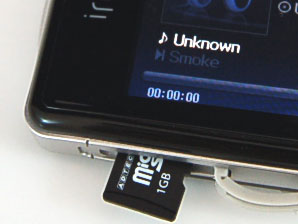