iRiver feeding the hunger with S10 and watch accessory 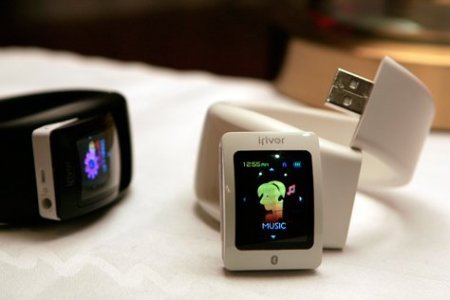 As you probably know, the iRiver is a direct competitor to the Apple shuffle. Coming in both black and white high gloss finishes, the iRiver is just about the same size as the shuffle and adds many features to what the shuffle lacks in nearly every department. The S10 has a 1.15″ color OLED screen which goes easy on the battery (which must be small considering how small the S10 is). It currently comes in 1 and 2GB sizes compared to the 1GB shuffle. And now iRiver is introducing a new watch-type accessory for the S10. One very interesting observation that has been made on this new accessory is that it completely covers up the headphone jack. So what does this mean? Maybe a Bluetooth wireless headset? Maybe no listening to music while it’s on your wrist? Let’s hope for the first. iRiver has been doing an amazing job with their massive product launch this year at CES, and this is just one small part of their overall look on things. — Nik Gomez

Transform the iriver S10 into a … Watch? [dapreview]