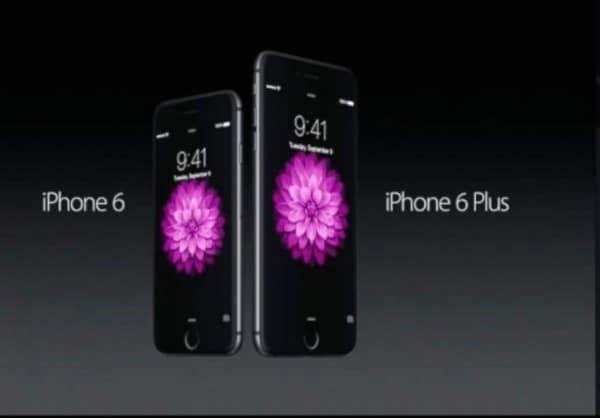 On September 9th, Apple unveiled the newest variations of its colossally popular iPhone – the new iPhone 6 and the iPhone 6 Plus. Complete with larger screens, better picture quality, rounded edges and sleek designs, these new Phones are slated to launch in the market on September 19th in Gold, Silver and Space Gray, with the 4.7 inch iPhone 6 starting from $199 and the 5.5 inch 6 Plus from $299.

Both the models are available in different capacities, i.e. 16 GB, 32 GB, 64 GB and 128 GB at varying prices. Although both 6 and 6 Plus has the same processor (64-bit A8 Chip) they can be distinguished on a lot of different counts. This generation of Apple iPhone boasts the thin design, while iPhone 6 is only 6.9 mm thick, the 6 Plus is somewhat thicker at 7.1 mm. Priced $100 higher than its counterpart, iPhone 6 Plus has three major features that are missing in the iPhone 6 – longer lasting battery life, landscape mode display and optical image stabilization for the camera. However, both the phones have had major upgrades in terms of features that put them leagues ahead of their predecessors.

The new iPhone 6 features a resolution of 1334 x 750 (326 ppi) and the iPhone 6 Plus has a slightly better 1920 x 1080 (401 ppi). The new Retina HD Display is probably one of the most impressive new features of this generation of iPhone. That along with the new photo enhancement features and protruding camera lens for better pictures will make the iPhone 6 experience a truly remarkable one for amateur photographers.

Although these phones are by far the largest Apple iPhones yet, their sleek designs make them lighter and thus, easier to handle. The shape of the volume buttons on the devices has been modified to make them look pill-shaped while the Power button has been moved to the right side for better one-handed use.

Improved connectivity features have also been worked into the phones for better internet service and calling. Both the phones offer faster and better LTE support built to handle faster internet service even while traveling. They are also equipped with Voiceover LTE which lets you make higher-quality phone calls.

Because of the new iPhones’ bigger size, they hold bigger batteries which last way longer than before. On Standby, the iPhone 6 is supposed to last for a staggering 10 day long period, while the iPhone 6 Plus is to keep the phone on for 16 days. This will work really well with the new 64-bit A8 chip processor, which should be able to deliver 25% faster CPU performance whilst simultaneously being more energy efficient.

Various new features such as the fingerprint-resistant oleophobic coating on the iPhone screen has given it an edge over many other high-grade phones. The new “Reachability” feature is also one of them. This feature lets the user move things around the screen more easily than before. In addition to these, the Apple iPhone 6 Plus has been designed to have the Landscape display mode, similar to Apple’s iPad. This mode contains several more options on the home screen such as Calendar, Stocks, Mail and more put there to increase the users’ productivity and save their time.

After it was introduced on 09.09.14, members of the press present there were invited to get some “hands on” experience with the new phones. The feedback was largely positive with praises for the new, improved display and better design. People seemed to be especially impressed with the rounded edges, saying that feature made the phones easier to hold and use with one hand.

It has now been made available for pre-order in various countries like the USA, Canada, the UK, Japan, Australia and a few others. The due date for the sale of iPhone 6 and iPhone 6 Plus is September 26th, 2014.