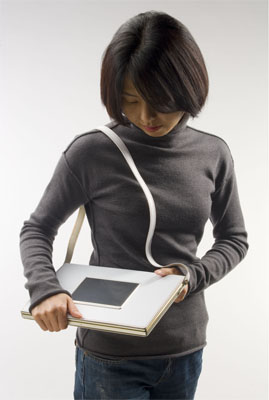 Intel has some pretty cool stuff up their sleeves as of late. This “Metro Notebook” concept is Intel’s attempt at creating a restyled, ultra-slim and ultra-light laptop that takes into consideration, the young urbanites need for class and style. The sub-0.7 thick, 1 kg sized Metro has an outside display built into the back of the monitor which serves as an always-on update screen.

The Metro’s outside screen will be made as a colored non-volatile e-ink screen that shows important content, such as e-mail, calandar entries, eBooks and more, even when the power supply is cut off. The Metro is designed for complete wireless communications with a reconfigurable antennae which can be switched between Bluetooth, WiFi, and WiMax. Intel also hopes to ship the item enabled to charge your cellphone and other devices wirelessly through a charge pad. One word: Wow! Hit the jump for an in-depth look at the features with a labeled pic. 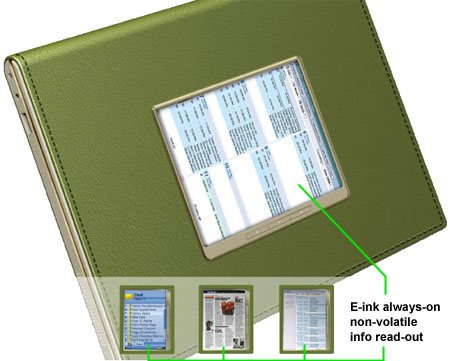