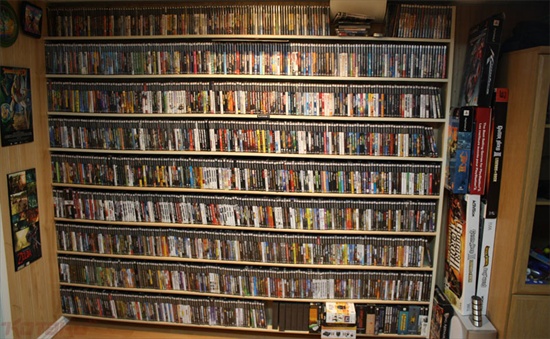 Look, it’s true, we’re totally envious of this guy’s massive PS2 game collection, we’re just not sure we’d sacrifice any sort of chance we might have had had at a love life just so we could claim to have one of the largest game collections ever.

Over the years Syd from Collecterz has accumulated well over 1200 PS2 games, the first being Jak & Daxter in 2002. His 1000th game was Chicken Little: Ace in Action. Sort of climactic? Perhaps. But don’t hate the playa… hate the game. Oh, and just so you haters don’t even have the chance, he swears that his collection isn’t fluffed with Greatest Hits titles.