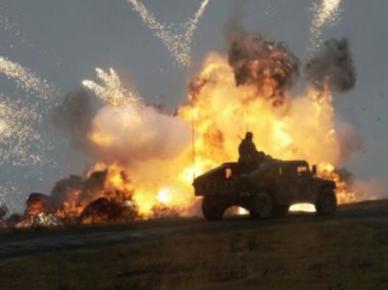 All’s fair in war — which includes hidden roadside bombs, anti-tank missiles and rocket-propelled grenades. However, security firm Artis is looking to even the playing field, by creating a defensive system that detonates rockets before impact.

Why is this awesome? This basically means that we could make our military vehicles and installations impervious to rocket fire. It’s like having a force field surrounding our military’s Humvees.

The “active protection” system works using radar, which detects an oncoming rocket. Once a threat is detected, a computer analyzes the precise flight pattern by using an optical sensor. A strategic countermeasure is released right before impact, which protects the vehicle or military installation from being damaged by the explosives. After watching some of the demonstration videos, it’s hard not to get excited about the potential uses of this technology.