Icuiti VR920 makes us wonder why Geordi was so melancholy 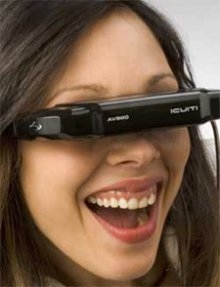 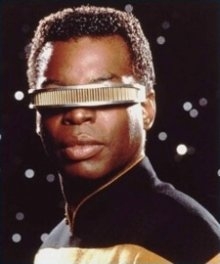 Winner of the 2007 CES innovations award, the Icuiti VR920 brings us one step closer to a Star Trek-esque world of designer technological eye wear. The headset creates the illusion of watching a 62-inch screen from 9 feet away, with a resolution of 640×480. And from the look on the womans face, the picture looks as cool as it sounds.

Seeing the VR920 raises a monumental question. Why was Geordi LaForge always so serious if he had this hot gadget over his eyes constantly? Their’s probably more to the story then we are privy to (we happen to be Star Wars guys), but if we had access to something similar to this, we’d have an expression closer to the womans. The VR920 is not yet available, but will likely be awesome. — Andrew Dobrow