How VPN’s Could Save The World 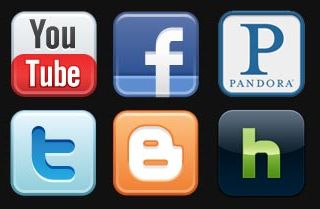 Imagine living in a world where everything you read or look at, every single piece of communication and correspondence, every virtual piece of information that you create is monitored, siphoned through with a microscope and filtered. This privacy nightmare is a reality for a large population of the modern world.

Entire countries live without access to the most important social media websites on the internet. Even if they wanted a way out we would never know about it, and if there was a way out, they would never discover it. North Korea, China, Iran and many more countries adhere to an ardent restriction on all communications leaving and entering their country. This means no Facebook, no Twitter, no YouTube and an annotated Google for any internet user in these countries.

VPN’s are one of the ways that a population long held back by a virtual iron curtain can set themselves free from mental handcuffs and take a giant leap into the reality of media. A VPN, or a Virtual Private Network, allows users to remotely connect to a server and use that server as their own.

For example, a North Korean protester could connect to the Internet using an American VPN and have access to the whole internet, rather then the government sanctioned one. Several sites offer any individual the chance to use a VPN and bypass any internet blocking that might be occurring.  Though in country’s with these internet restrictions, punishments are harsh for those attempting to break the system.

There are sites, such as Net Ignition, that offer a VPN services ran by experienced service administrators, personally guaranteeing your privacy and security. Using these VPN sites,  internet users in countries with web restrictions can access any site available to the western world, including Facebook, Twitter, YouTube, Blogger, Hulu and even Pandora. Hey, entertainment is pretty damn important too.