Hibernating Bears May Hold the Key to Deep Space Travel 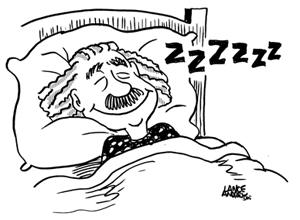 Bears have it made in the shade. They don’t have to work, they get to spend all day outside, they get to wear natural fur without fear of paint cans being flung at them and they get to sleep for six months out of the year. We should all be so lucky. While I have spent many a night envying the bear (don’t judge me), I never thought that a bear’s hibernation habits could ever lead to unlocking the key to deep space travel for humankind.

According to Brian Barnes of the Institute of Arctic Biology at the University of Alaska in Fairbanks, the black bears’ ability to hibernate could lead to several breakthroughs. One of them was in regards to medical trauma such as heart attacks, which creates “a problem of supply and demand.”

If we can uncover the way that hibernators turn down that metabolic demand… then one could imagine a therapy where you would – in somebody who is stricken – lower the metabolic demand to match that reduced supply.

Another potential breakthrough? Hibernation in space.

Though they are virtually immobile for five to six months, somehow they have tricked their tissue, their bones and muscle, to think that they are still doing work… The trick would be to find drugs that would emulate those same changes in humans.

In a lot of science fiction, cryogenic freezing is used as a plot device to suspend the crew of a vessel in animation for prolonged periods of time. Personally, I prefer the idea of an extended nap. Everybody loves a nap.