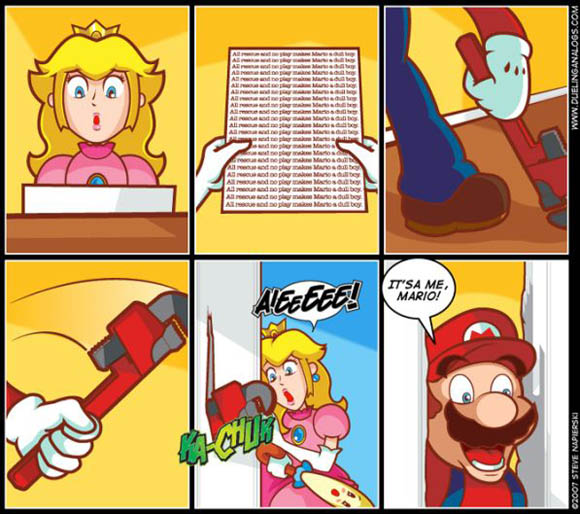 I blame this all on the princess. And partly on Steven King. But mostly on the princess. Look, don’t you think after the third or fourth time you were abducted you’d maybe start to consider a safer security system? You’ve driven the poor man crazy.

All Mario wanted to do was finally retire from his days of princess rescuing and plumbing, and retreat into the life he always wanted, the life of a writer. But all rescue and no play makes Mario a dull boy. Dueling Analogs created this awesome comic strip influenced by Super Mario Bros and The Shining.