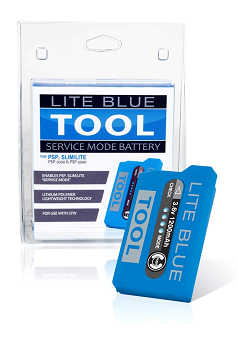 Sony has gone on the record saying that the piracy is affecting PSP game sales. That’s a givein; if it’s free, take it. This time around, a peripheral manufacturer called Datel has cracked the PSP 3000 by forcing it into service mode. Datel did some silicon hacking on a chip level to find out how it could force the PSP to run arbitrary code. You’ll be able to buy a battery called LITE BLUE TOOL battery that will enable service mode on PSP 2000 and 3000s, including yours. It’ll be a measly $30 when it hits North America later this month.